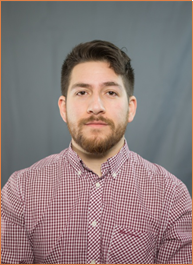 Physical and mechanical properties of nanoscopic and molecular systems are driven by the chemical composition and environment. For the study and characterization of such systems, the Atomic Force Microscope (AFM) has been an indispensable tool to visualize nanoscale spatial features. The application of force spectroscopy with an AFM (analogous to stress-strain experiments in the macroworld) leverages the nominal sensitivity of the instrument to resolve sub-nanometer distances and sub-nanonewton forces.
Use of nanoindentation measurements to quantify the change in the nanomechanical properties via either disruption or enhancement of intermolecular interactions in thin-film structures is demonstrated with two examples. Stiffness of B. Subtilis, largely driven by the ~20 nm shell of peptidoglycan of the bacterial cell wall, is substantially reduced by the incorporation of C-terminus amidated D-amino acids which disrupt biopolymer crosslinking.1 Conversely, modifications in polymer charge density resulting in mechanical tightening in polyelectrolyte multilayers (PEM)2 correlates with the gas permeability of PEM membranes.2,3 These findings underscore the critical need for accurate and reproducible determination of nano-mechanics of these molecular systems as a guide on how to tune their properties through chemical changes.
Quantitative nanoindentation requires accurate knowledge of applied forces or calibration of both the spring constant of the force probe and detector sensitivity to spatial displacement of the probe. Given microscopic dimensions of the AFM cantilever probes, traditional force calibration methods cannot be employed. However, we can capitalize on the molecular level phenomena, such as thermally excited fluctuations in the equilibrium position of the force probe.4 The shape of the power spectrum of these fluctuations, measured by the AFM detector in volts, can be interpreted using the hydrodynamics of the cantilever in fluid. The magnitude of these fluctuations, on the other hand, is determined by the mode shape (displacement profile of the vibrating cantilever) and the energy equipartition theorem. Both shape and magnitude depend on the probe spring constant and detector sensitivity. Combining these two complementary effects, we demonstrate a technique for accurate force measurements that uses dynamics of the cantilever to calibrate applied forces without even touching the sample.